What is a wedding celebrant? Humanist ceremonies explained

Wedding ceremonies are sometimes overlooked, as the let’s be honest the less fun part of the wedding, that most couples want to get over and done with. There is a lot more focus and time spent on planning the wedding meal and evening reception, and not everyone gives much thought about the type of wedding ceremony they want. But it doesn’t need to be this way! You’ve probably heard of a civil ceremony or a church ceremony, but have you heard of a celebrant ceremony? If not keep reading as I chat to the lovely Sam a wedding celebrant who explains all about what a wedding celebrant is and how it could be a great option for your wedding day. 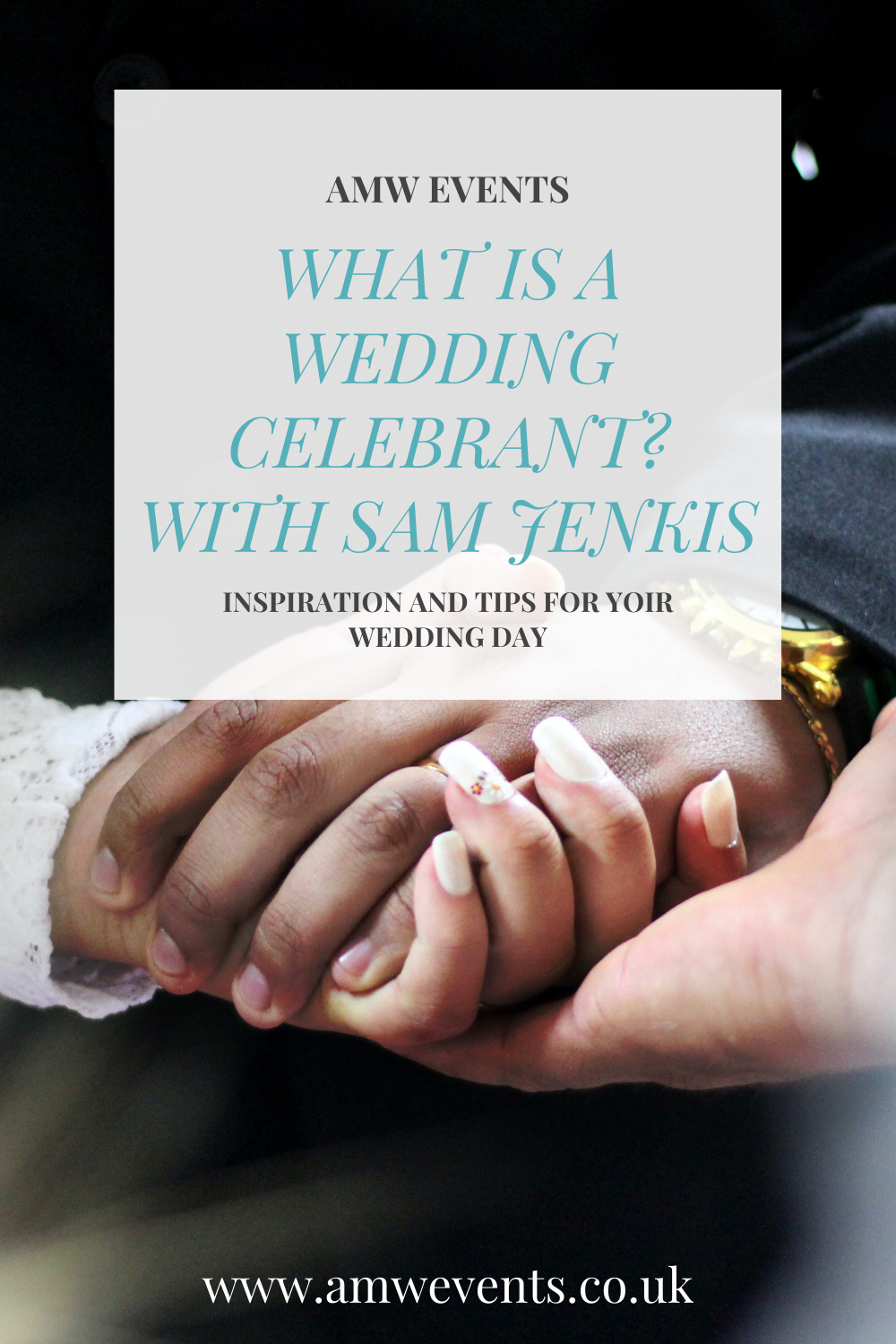 For those who might not know what is a celebrant ceremony?

A celebrant led ceremony allows couples to have a truly personalised, unique wedding that celebrates who they are as a couple, and without the strict, traditional restrictions found in religious or civil ceremonies.

There are many reasons that couples opt for a celebrant led wedding but one of the main reasons is that you can have a ceremony absolutely anywhere you like. Whether it be on a beach, in woodlands or in a garden, a celebrant doesn’t require a wedding licence so the possibilities are endless!

Some couples like the option of writing their own vows and a celebrant can also help with this, alongside creating a ceremony script based on the couples story and their personalities.

The key thing with celebrant led ceremonies is that there are absolutely no restrictions to what you can do. So if you want an alpaca ring bearer or a wine ritual, or want to get married on a beach at sunset, you totally can!

One of my favourite enquiries was a couple who were having a book launch based on the 17th century civil war and they wanted to combine this with getting married at the same time wearing medieval attire. I just love the ideas that couples come up with, completely thinking outside the box and so original!

What made you decide to become a celebrant?

I lost my Nan last year and she was my favourite person in the whole world. My family live in Australia and weren’t allowed to travel due to the covid restrictions and so I organised her funeral and everything else that you have to do when you have lost someone. I was so grateful to everyone involved in her funeral, from the arranger, to the funeral directors and the reverend conducting her burial. They were so kind and empathetic and made everything so much easier for me – they had really made an impact on me and it got me to thinking that I wanted to do something similar. I wanted to be part of one of the biggest life events in someone’s life and this is when i discovered the wonderful world of wedding celebrancy! 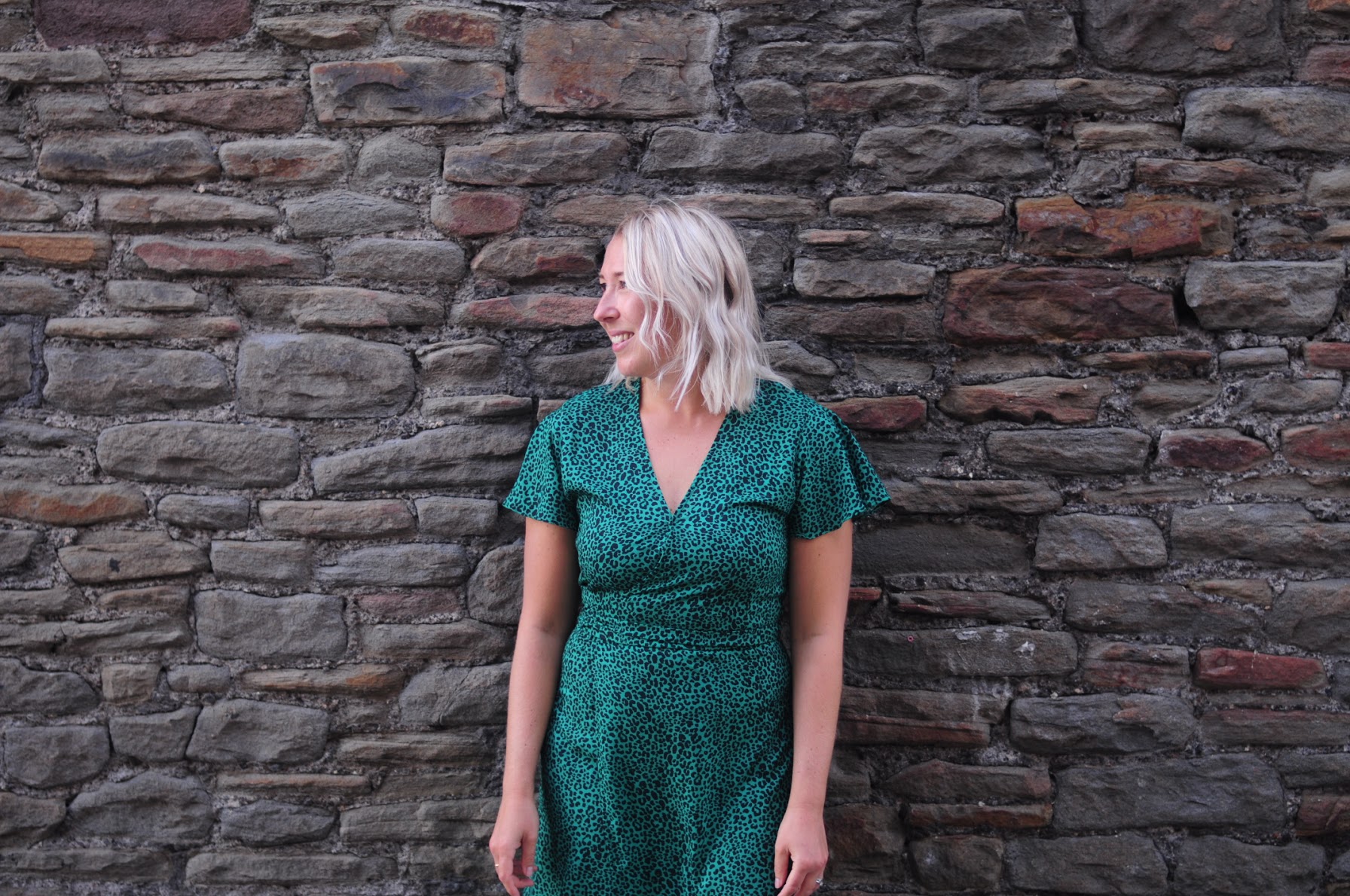 Can you explain what the difference between a celebrant and civil ceremony is?

A civil ceremony is conducted by a Registrar who is employed by the local authority and the content of the ceremony is very restrictive and time constrained. A Registrar may have a number of ceremonies to conduct in a day and so the ceremony can be quite short. Religious content is also not permitted and any readings have to be approved prior to the ceremony. You would unlikely meet your Registrar prior to your wedding. You are also restricted to having your wedding in a licensed venue.

A Celebrant is self-employed and will take time to get to know you and work with you to create a personalised, unique, ceremony that reflects who you are as a couple.
You do not have to get married in a licensed venue – in fact you can get married whenever and wherever you want to! A celebrant will be there with you every step of the way, from the initial consultation to your big day, and you will have the freedom to be as creative as you want!

Although they are commonly seen in weddings, they can also conduct other ceremonies like vow renewals, baby naming, and funerals

It’s important for couples to know a celebrant ceremony isn’t legal, so what should they do?

To make it legally binding, you will need to attend the Registry office before or after your ceremony to complete the legal requirements, saving the vows and exchanging of the rings for your celebrant ceremony. Most couples choose to do this the day before the wedding and costs around £60 depending on your council.

In England and Wales, celebrants are unable to legally marry a couple. However, in Scotland, Jersey and Northern Ireland you can have a legal celebrant led wedding if you use a Humanist celebrant.

There may be some good news on the horizon for celebrants soon though. The Law Commission’s review into marriage law was announced in June 2019 by the UK government.

Their proposal would give couples the freedom to choose the wedding venue they want and a ceremony that is meaningful for them instead of choosing between a civil or religious ceremony, with no option for a legally-binding ceremony reflecting other beliefs.

The Ministry of Justice said it had commissioned the review into weddings in England and Wales to ensure the law “better reflects modern society” so us celebrants now are keeping our fingers crossed that the law will eventually change so we can conduct legally binding ceremonies. 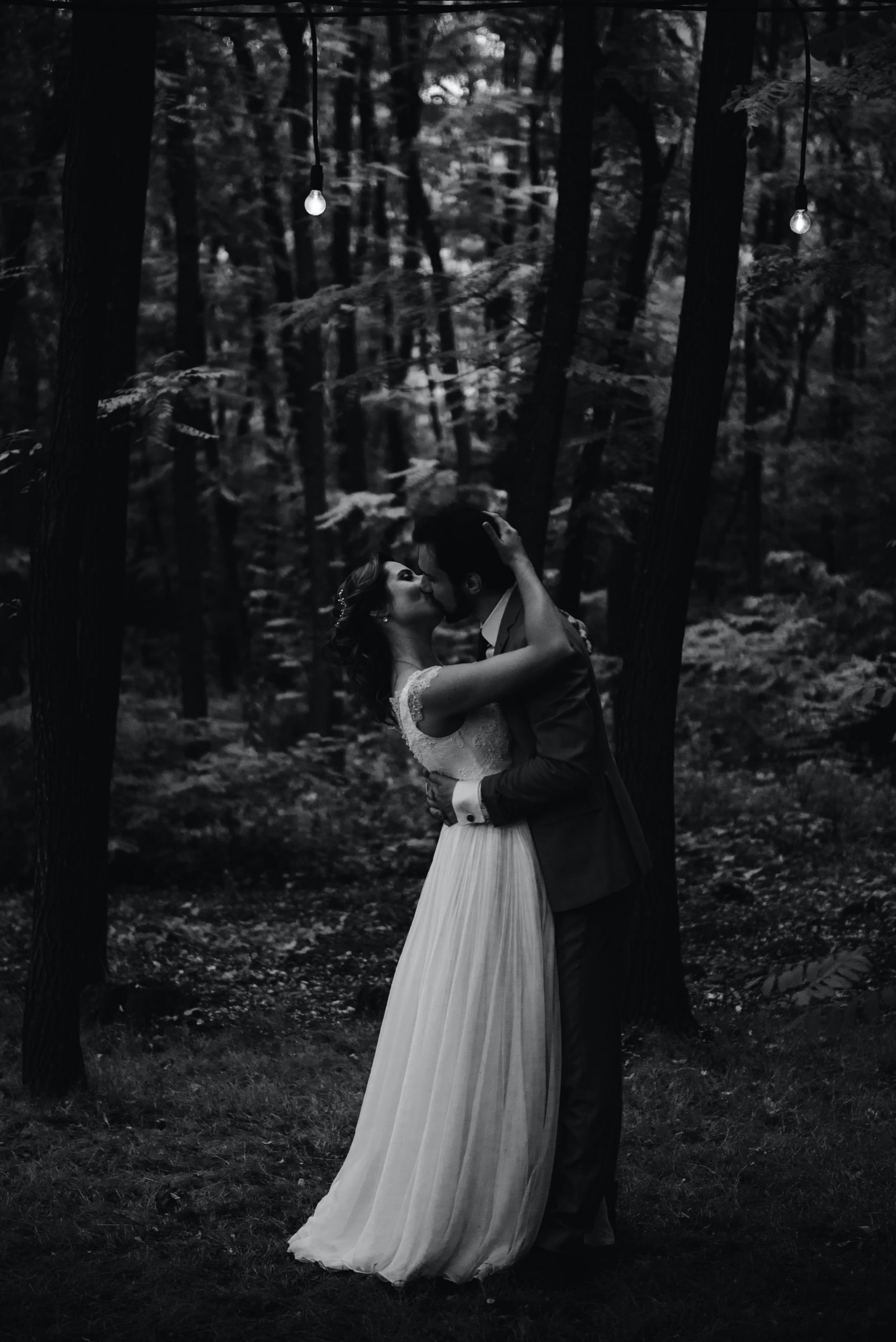 Why should couples consider using a celebrant?

I think weddings have really evolved over the past few years and having a celebrant led wedding opens up so many fun and meaningful possibilities. Couples are becoming more inventive and some do not want a ‘traditional’ wedding anymore, they want something they can put their own stamp on. If a couple is looking for a ceremony completely bespoke and personalised without any set scripts and time restrictions then a celebrant led wedding is a perfect alternative. More couples now are exploring the options of including symbolic rituals or having friends or family members become part of the ceremony and they cannot do this if they have a registrar. I believe the couples should have a choice as to how they get married.

Another reason is that during the covid restrictions of 2020, many couples cancelled their big wedding plans but still legally married in registry offices with only 2 witnesses. These couples are now looking at having a larger party or ‘sequel’ wedding when covid restrictions are finally lifted for good and so this is when a celebrant will be able to perform a blessing or a wedding in front of their family and friends on a much larger scale.

What advice would you give couples looking for a celebrant?

Really do your research. Check out their website, instagram and facebook pages and see which celebrants really resonate with you. What do they like, who do they follow? Every celebrant is unique and has their own style. Some are more humorous, some are more serious. A celebrant should definitely be considered the same time as the venue, photographer and planner are booked as they will play a big part in your ceremony. You will have lots of contact with them during the lead up to your wedding day so it is important that you feel comfortable with them and that you both click and are on the same page. 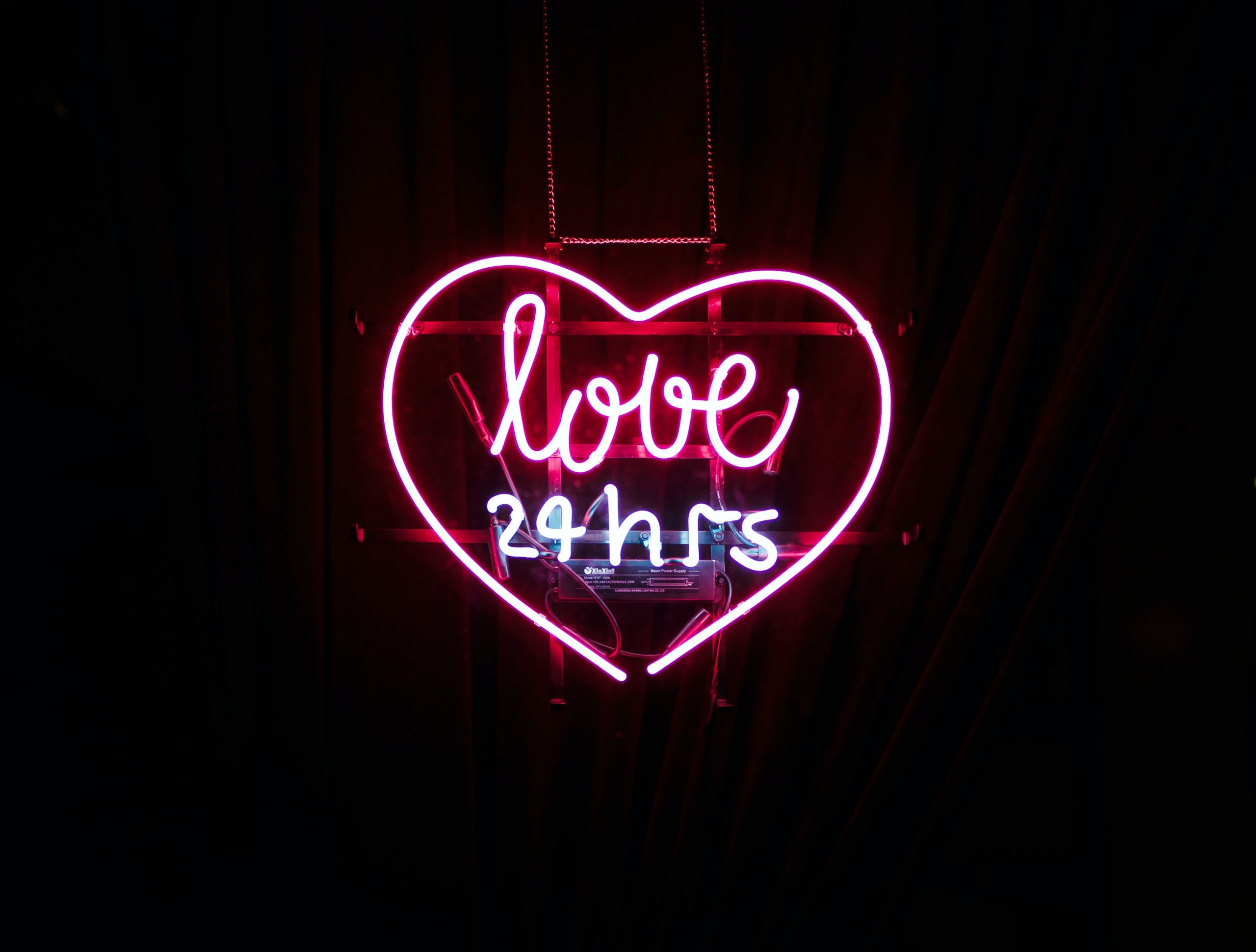 How would you describe your style?

I am a modern celebrant with a contemporary style. My style of writing is simple but genuine and from the heart. I really want to get my couples story across in a way that they are happy with and I believe if you can tell a story with warmth, humour and passion then you have done that ceremony justice. I love an outdoor wedding, the more unusual the better and my dream wedding would involve a flashmob, a little karaoke and a dog ring bearer! Having said that I do love barn and manor house weddings and I think variety is always a good thing! 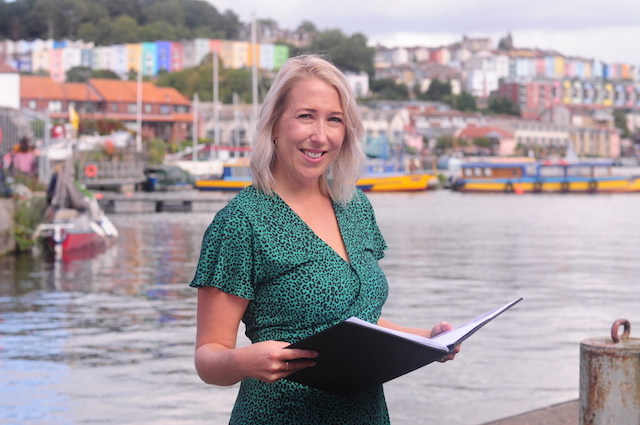 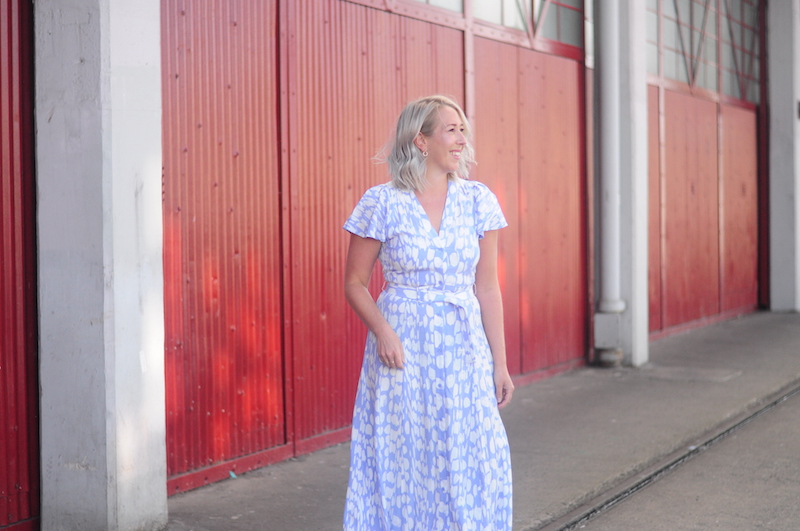 Lastly, what’s the best moment you’ve had so far as a celebrant?

That moment when I realise I have clicked with a couple and then they email to say they absolutely loved the meeting and they want me to be their celebrant! It is such an awesome feeling and it really is a massive confidence booster. This couple have put all their trust in me to deliver a truly amazing ceremony for them and for me there is no greater honour than to be part of one of the biggest days of their lives!

If you want to chat more about how Sam can help your create a personal epic ceremony email sam@samlouisejenkins.co.uk or check out her instagram and website.

Make sure you check out my next blog posts where I’ll be chatting to more amazing suppliers.